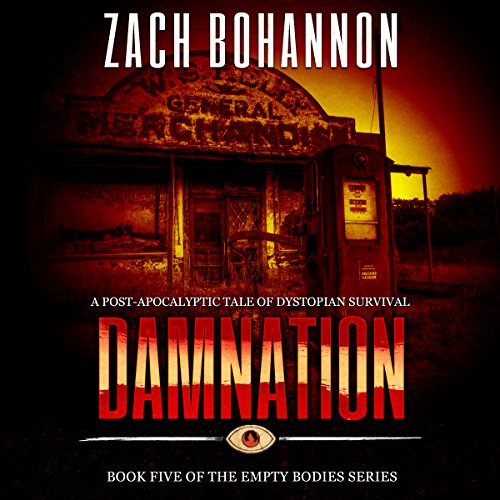 The campground was supposed to be safe. Now, Will, Holly, and Charlie are left scrambling to save Dylan after he is bit by an Empty. After performing a field amputation, they’re forced to leave the campground and seek out medical attention for the boy, before it’s too late.

Home seems closer than ever for Gabriel Alexander, and the path before him is clear. At least until a routine stop at a gas station brings forth a new threat far worse than the undead creatures roaming the highways.

Damnation is the penultimate volume in the Empty Bodies saga.