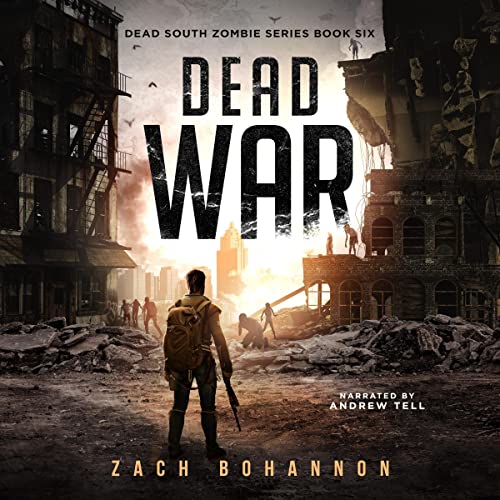 After breaking out of New Atlanta with the help of Los Muertos, Jon arrives at the bikers’ outpost camp with Lucas in tow. As he begins forging a plan to return to the dangerous camp for Brooke, he quickly learns it won’t be so easy. Enzo, the Los Muertos president, won’t help him. Not unless Jon can recruit the assistance of another crew in the area. And Enzo promises that convincing the unstable leader of that camp to help will be no simple task….

Back in New Atlanta, Brooke struggles to keep her sanity as she sits alone in a jail cell. Her only hope comes from a woman who has been kind to her ever since arriving at the camp. But when a familiar face shows up, one Brooke never thought she would see again, the situation threatens to change her life forever.

Can Jon recruit the help and get back to downtown Atlanta to rescue Brooke before it’s too late?
Dead War is the sixth book in the best-selling zombie series Dead South, written by Zach Bohannon.