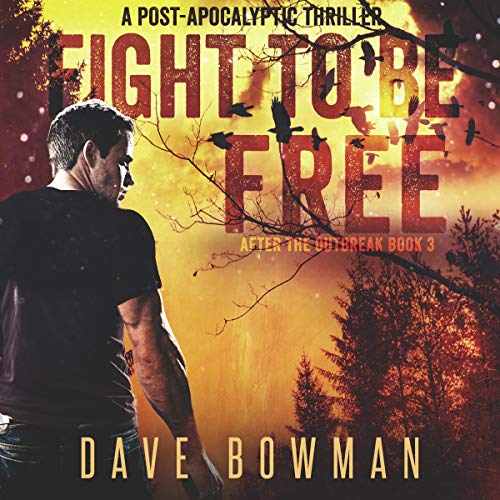 How far would you go to be free?

Nick’s group barely survived the last attack. Now they’re holed up in the empty ski lodge to regroup, out of reach from the Denver gang. When three desperate strangers show up, Nick faces a tough decision. The wrong choice could risk their lives.

Who would you trust?

On the road to their new home, Daniel’s mother, Anne, falls mysteriously ill. Fearing exposure to the deadly virus, the two must quarantine themselves in an empty town. Before long, they realize things in the desert aren’t what they appear.

Getting home will be the hardest part.

Food is running out. Winter is approaching. There’s only one way out of the mountains, but it won’t be easy. As Nick’s group ventures closer to gang territory to get home, Mia gets closer to important answers about the virus.

But will the truth about Hosta really matter if they don’t survive long enough to get home?

Fight to Be Free is the third book in a post-apocalyptic thriller series about people pushing past their limits as they try to survive the end of the world.