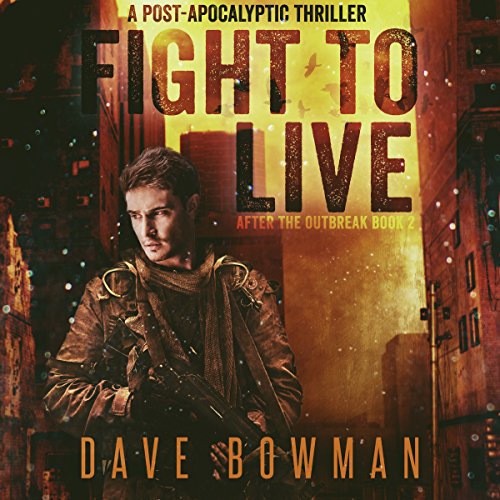 Could you survive the collapse?

Two weeks after the virus outbreak, the trouble is just beginning. Nick, Jessa, and the rest of the group defended their home against a vicious attack. But the worst is yet to come. When Nick is forced to venture into new territory, he discovers just how deadly the world is now. With modern society in ruins, criminal elements are organizing and trying to take control.

Could you find the courage you need?

Matt Redmond is the only survivor in his town. He needs to get out if he wants to stay alive. A glimmer of hope lies in New Mexico, 800 miles away. It’s a dangerous journey that would test anyone’s bravery. And Matt just turned 13.

Law and order are long gone.

An alliance brings hope, but not even new friends can help Nick and the others when disaster strikes. With members of the group scattered, can they find their way back to each other? In this dangerous new world, how far will they go for their makeshift family?

Fight to Live is book two in a post-apocalyptic thriller series about people pushing past their limits as they try to survive the end of the world.