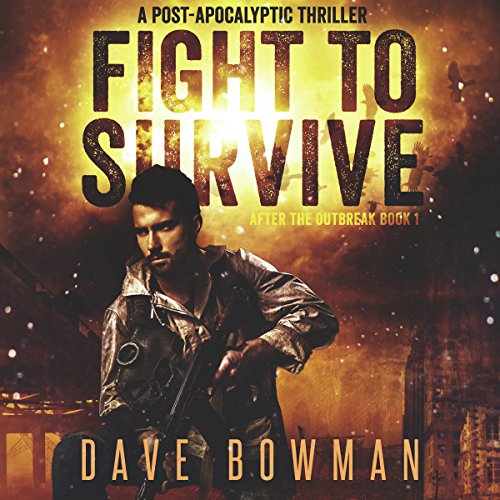 Could you push past your limits to survive the apocalypse?

After the deadliest virus known to man, law and order have collapsed. The surviving few are left to find their way among the ashes of civilization. Chaos reigns.

What if your preparations weren’t enough?

Nick thought he was ready. He has a lodge in the mountains in New Mexico, packed full of supplies and ammo. He thought he could protect his family, but the virus took them anyway. Soon, he finds others that rely on him. With everything lost, can he find the strength in himself to go on?

Could you face your greatest fears?

Liz is trapped in Albuquerque. A dangerous battle rages around her, and she doesn’t have long to live if she stays. The only way out is through the mountains, and there’s only one man who can take her. But can she put her faith in a stranger’s promise?

Only a few survived the outbreak, but that was just the beginning. Now they’ll have to fight harder than ever to stay alive.

Fight to Survive is book one in a post-apocalyptic thriller series about people pushing past their limits as they try to survive the end of the world.