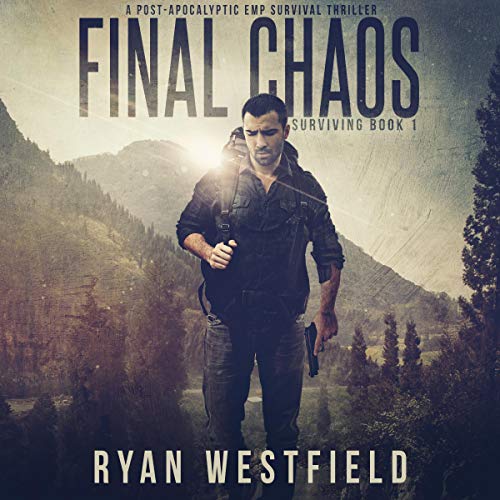 When society falls, how hard will you fight?

They expected the solar flare, not the EMP. Now the lights are off and chaos is brewing. It’s only a matter of time before violence erupts. Jim owns a small electronics repair store in Rochester, NY. He quickly realizes the reality of the situation. He grabs his emergency kit, planning to get across town to his wife. But finding her among the chaos proves almost impossible. And if he does get to her, where will they find shelter?

Rob’s been Jim’s friend since grade school. He’s the kind of guy who’s always between jobs but has a big heart. When the lights go out, he doesn’t know whether to believe Jim or not. After all, he’s got a job interview that he needs to get to. What will it take to convince him this is serious?

Jessica’s an independent young woman. In the short term, she knows she can take care of herself. But as the chaos grows, will she be able to learn to work with others in order to survive?

Final Chaos is book one of Surviving, a post-apocalyptic survival thriller series. It deals with real people fighting for their lives every inch of the way.