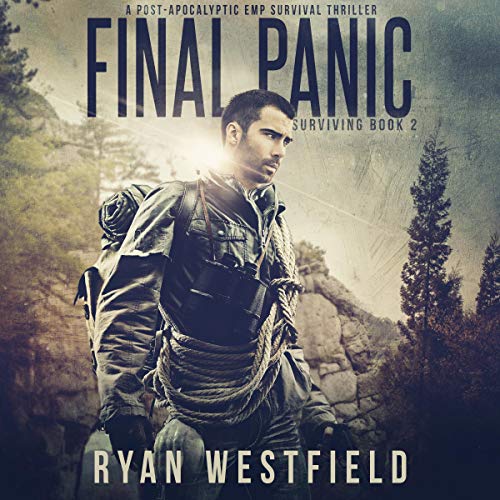 When society begins to unravel, there’s no putting it back together.

Jim and the others have made it to the lake house. They have some supplies, and they’re still alive. But that doesn’t mean they’re safe.

Rationing the food is necessary, and the meager portions are beginning to take their toll. Imagining hunger and fatigue is one thing, but living it is another. Can they survive like this long term?

What happens now that the hoards are fleeing the cities, looking for shelter? The lake appealed to Jim, and that means it will appeal to others. How many will invade, and how hard will they fight?

Jim knows they need to strengthen their defenses, to deal with the coming onslaught, but they’re getting weaker and more desperate by the day as it is. What will it take to save them?

Final Panic is book two of Surviving, a post-apocalyptic survival thriller series. It deals with real people fighting for their lives every inch of the way.