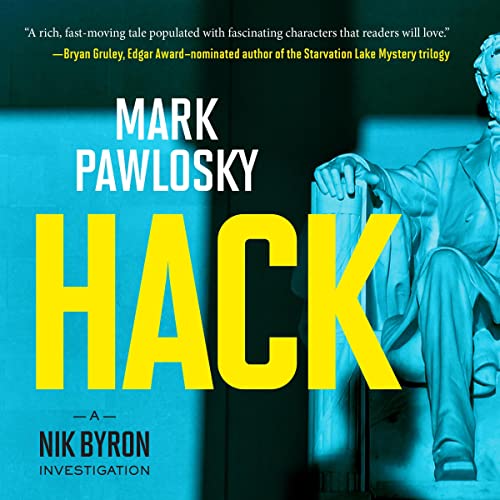 When a top secret and powerful US surveillance technology is stolen and offered for sale on the black market, an exiled reporter races to expose the theft and untangle the plot—before the story is spiked, and he is silenced for good.

Coming off a successful investigation into a major banking scandal, newshound reporter Nik Byron arrives in Washington, DC, with high hopes for his career. But a disruptive corporate merger and a vengeful boss quickly dash his plans. Relegated to scut work and the graveyard shift, Nik’s career and emotions are in a tailspin. That is, until a late-night explosion levels a high-tech office park—home to some of the nation’s top clandestine programs—and provides Nik with an opportunity to reverse his fortunes.

As Nik tries to unravel the mystery at the heart of the explosion, he suddenly finds himself confronting domestic terrorists, rogue American and Chinese spies, mercenaries, and a brilliant but temperamental computer expert.

With the help of a small team of colleagues and his new girlfriend, Samantha Whyte—the chief investigator for the Northern Virginia Sheriff’s Department, who has her own secrets to conceal—Nik follows a bloody trail of bodies from DC to the upper Midwest. But as word gets out that what he has dug up threatens to expose the theft of highly sensitive US technology, now being sold to terrorists and repressive regimes, new enemies close in. How far is Nik willing to go for a story, and how much is he willing to risk to reveal the truth?