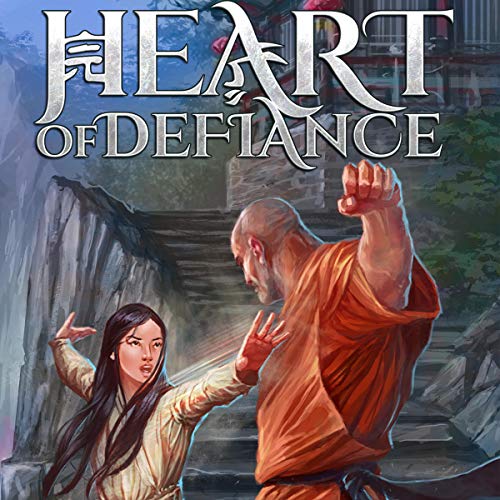 She never thought she could destroy an empire.

When Bai, a young seamstress, wakes up unharmed in the middle of a disaster, her life is destroyed. She has no memory of the event that destroyed her town, but the survivors believe she is to blame. On a quest to prove her innocence, she discovers a secret that threatens not just her life but the entire empire.

On the other side of the empire, a monk named Delun ruthlessly hunts those who seek to destroy the monasteries he calls home. When he stumbles upon a plot that threatens all that he is sworn to protect, he must choose between his two masters: the monasteries and the empire.

As a conspiracy draws both into its tangled web, Delun and Bai must fight to discover the truth behind the lies. Doing so will require courage, determination, and strong allies.

If they fall, so does the empire.

Heart of Defiance is a stand-alone fantasy novel set in the same world as Relentless Souls.