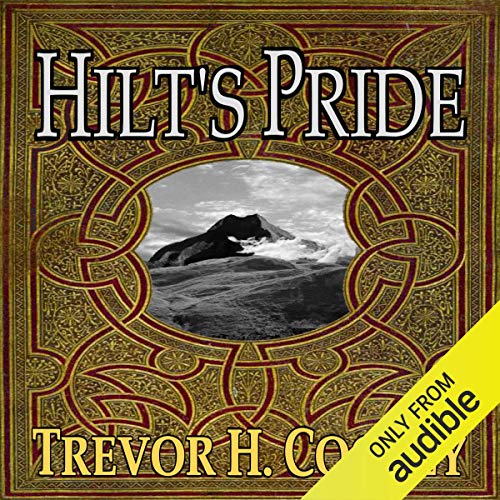 Sir Hilt is forced to delay an urgent mission when he sees a lone woman climbing a dangerous mountain. She refuses his help but when Hilt discovers that the prophet was the one that told her to climb to the mountain’s peak, he realizes that it is his duty to accompany her. What dangers lie in their way? What reasons did the prophet have for bringing them together? Will all their plans be derailed by Hilt’s Pride?

The events in Hilt’s Pride take place just after Hilt leaves Justan at the Training School part way through Bowl of Souls: Book One. The action herein sets up crucial events in books four and five. However, this is a standalone story and can be listened to apart from or along with the rest of the series. This story contains no spoilers to the rest of the series, but contains a lot of information that enhances the backgrounds of several characters including revealing previously untold information about Jhonate’s past and the history of her people.