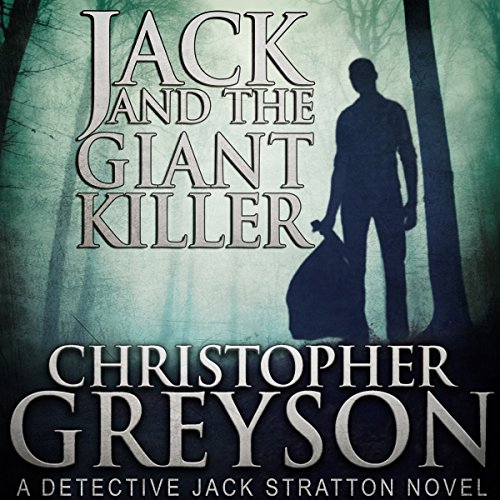 Jack looked up at the giant, dead body brazenly hung on the quaint Welcome to Darrington sign. He turned to the town’s mayor. “Mayor Lewis, when you said people had nothing to fear, it pricked the killer’s vanity. He’s using this latest victim to send you a message: be afraid. Be very afraid – of him. If you want to catch this serial killer, you need to feed his ego. Tell the people he’s right. They should be scared – no one’s safe while he controls the town.”

Rogue hero Jack Stratton is back in another action-packed, thrilling adventure. While recovering from a gunshot wound and the loss of his job on the police force, Jack’s romance with feisty Alice (aka Replacement) continues to develop. When Alice gets a seemingly harmless private investigation job – locate the owner of a lost dog – Jack grudgingly assists. Little do they know it will place them both in the crosshairs of a merciless serial killer.

This stand-alone novel features leading man Jack Stratton. Look for other mystery thriller books featuring Jack Stratton, including And Then She Was Gone, Girl Jacked, Jack Knifed, Jacks are Wild, and Data Jack. They can be enjoyed in any order.