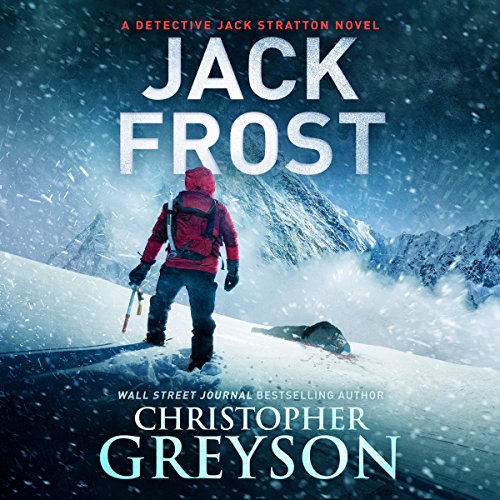 Jack has a new assignment: to investigate the suspicious death of a soundman on the hit TV show Planet Survival. Jack goes undercover as a security agent where the show is filming on nearby Mount Minuit. Soon trapped on the treacherous peak by a blizzard, a mysterious killer continues to stalk the cast and crew of Planet Survival. What started out as a game is now a deadly competition for survival. As the temperature drops and the body count rises, what will get them first? The mountain or the killer?

This audiobook is a pause-resisting avalanche of excitement.

Jack Frost is part of the Detective Jack Stratton Mystery-Thriller Series, which has over 5,000 five-star reviews and one million readers and counting. If you love a pause-resisting action-adventure novel with mystery, humor, and a dash of romance, pick up Jack Frost today!

And Then She Was Gone (Prequel)

Jack and the Giant Killer

Psychological Thriller – The Girl Who Lived

Christopher Greyson’s novel weaves a tale full of mystery, action, and suspense with laugh-out-loud humor and sizzling romance. His unique stories and no-nonsense style of writing will take you on a pause-resisting roller coaster ride of emotions right up until the very end. Please visit ChristopherGreyson.com and find out more about your favorite characters, giveaways, and updates on new book releases.