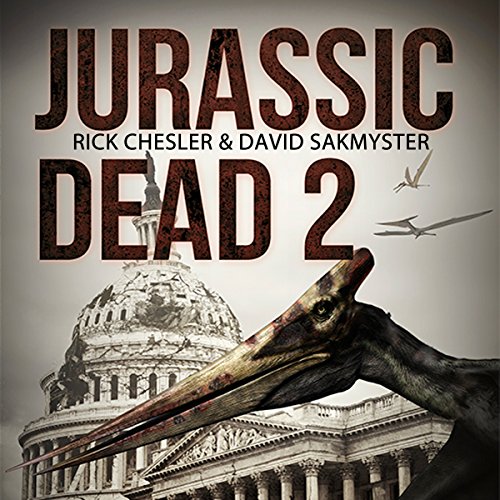 After the discovery of a dormant zombie virus in preserved Antarctic dinosaur specimens, billionaire visionary and megalomaniac, William DeKirk, proceeds with his plan to unleash a zombie-dinosaur army upon the world, starting with Washington, DC. The US military struggles to prevent the contagion’s spread and to defend against the onslaught of prehistoric monstrosities as all-out war breaks out between the living and the dead. However, DeKirk has even farther-reaching plans.

Modifying the virus to allow for greater control, he intends to impart upon himself all the benefits of zombie-ism – near indestructibility, immortality and immunity to attacks of other zombies, including the dinosaurs, which he can now direct at will. Nothing can stop him from eradicating civilization as we know it, except possibly returning heroes Alex Ramirez and Veronica Winters. The unlikely pair must rescue the one scientist who may hold the key to arresting the zombie apocalypse, a CDC expert trapped in a besieged Atlanta office. Can they secure the antidote and turn the tide before the plague reaches its full potential, or will the planet return to the dominion of its long-extinct masters and a new tide of undead humanity?