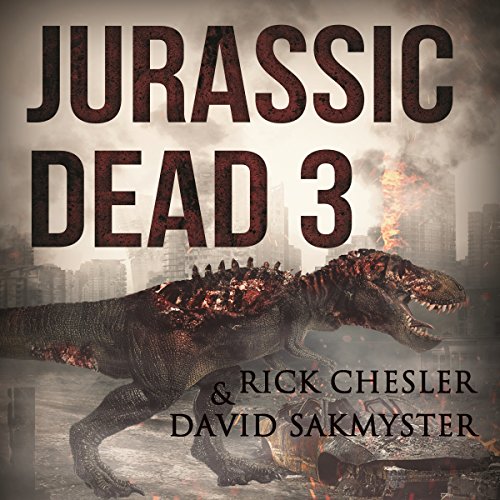 Three months after the fall of Washington, D.C., the planet is a hellish battleground for an all-out war between prehistoric undead forces and the scattered remnants of the living. Billionaire William DeKirk, now ruling the last vestiges of civilization, is human no longer, but rather an unpredictable rogue driven by a noxious blend of primordial virus and modern day sociopath. He deliberately spreads the zombie plague across the world and deploys his dinosaur-human army to destroy survivors or coerce them into pledging allegiance to his undead flag.

But the resistance movement has its own plan to hit Ctrl-Z and undo the zombie apocalypse. Alex Ramirez, Special Agent Veronica Winters, and Major Casey Remington have placed their last hope to restore civilization in a zombie antidote developed at great cost in utmost secrecy. In his darkest moment yet, Alex must confront the grim reality that the only way to defeat a monster is to become one himself.