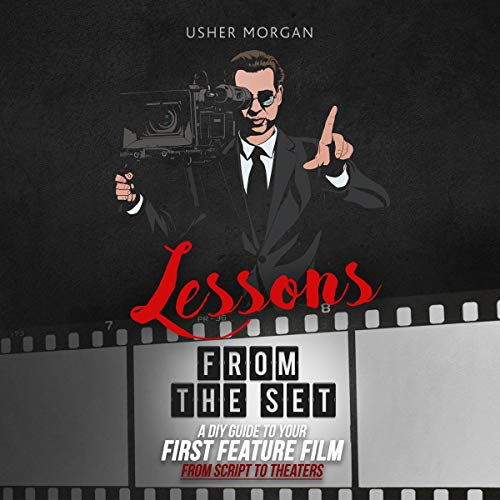 Lessons from the Set is a comprehensive filmmaking guide that takes a cinephile’s do-it-yourself approach to low-budget indie film production and distribution. The book is peppered with filmmaking tips and tricks, as well as valuable, practical insight into the process of writing, directing, producing, and distributing commercial feature films on a low budget – whether you’re working with $1,000 or $1 million.

You’ll learn how to write, direct, produce, and release your film to theaters, tackle festivals, and handle press, create a marketing plan, get reviews, and approach the filmmaking process with both an artistic soul and an entrepreneurial mind-set.

After releasing his debut feature film to wide acclaim, filmmaker Usher Morgan (Prego, Windblown, Pickings) decided to write a filmmaking book which detailed his approach to writing, directing, and producing his own work, as well as the steps he took to distribute and market his film Pickings and release it to theaters across the nation.

Lessons from the Set: A DIY Guide to Your First Feature Film, from Script to Theaters is the perfect gift to any aspiring filmmaker. It’s an essential guide for anyone who wants to tell stories and make movies for a living.