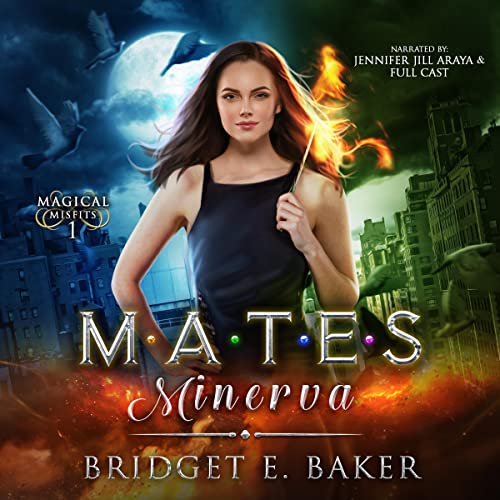 Paranormal affairs officer Minerva Lucent has always wanted to stand out by making a difference in the supernatural world. Unfortunately, she’s only managed to stick out—like a sore thumb. Her stun spells often misfire and freeze people by mistake. Her magical restraints have been known to pull objects to them like magnets. And last week, her truth spell caused a perp to start singing in verse.

But when a coveted guardian position opens up, Minerva’s determined to finally show everyone that she’s the witch for the job. She makes a plan to redeem her reputation, and she’s about to set it in motion, when her old finishing school pal, Roxana Goldenscales, shows up on her doorstep in dire need of assistance.

Can Minerva enact her plan and help Roxana (knock on wand!)? Or will she have to choose between becoming a guardian and being a good friend to her old mate?