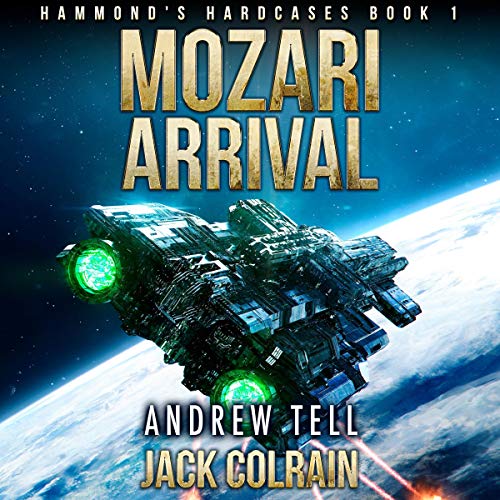 They brought death and destruction to Earth. Now it’s time to return the favor.

The massive Mozari spaceship struck without warning. In an instant major cities were leveled. Millions were wiped from the face of the Earth. The horrifying message to those remaining – your training starts now.

Pods scattered across the globe are filled with strange, alien wares and scientists of all backgrounds must come together to harness the advanced technology in a race to discover its secrets before the one-year deadline.

And before their experiments with the exo suits kill another soldier.

Few possess the rare antibodies needed to control the Mozari armor. But Daniel West soon discovers he’s one of the civilians selected to be fitted and trained to use the suit. Instead of following in his family’s footsteps, he joins the military and is assigned to a team on a mission to the Mozari ship. But when tragedy strikes his team, he must take command of a mission into enemy territory that promises nothing less than certain death.

What they discover on the ship changes everything.