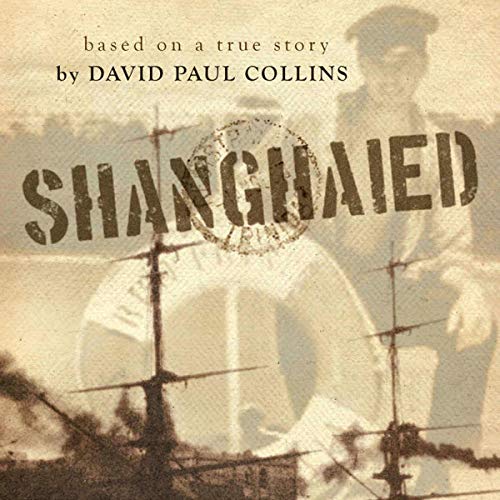 When 15-year-old Jack Sligo runs away from his loving Boston-Irish family, he hopes to get a summer job on a cruise ship. His dream becomes a nightmare when two strangers give him mysterious drinks in a waterfront saloon.

Jack wakes up, far at sea, shanghaied aboard an African freighter. The ship’s first call is a remote jungle port in Venezuela where there’s plenty of thieves, rum and women, but no opportunity for escape.

Manor Nelson, the ship’s bo’sun, is his secret protector. A silent bond grows between them as they fight the inhumanity of the ship’s master and Jack learns the cruelty of segregation.

But Jack needs more than friends to survive a vicious life at sea. He plans to escape with the help of 17-year-old Winston, a Jamaican, on the ship since he was 12. He befriends men like stone silent Ebanks, whose black ancestors disgraced themselves as slave traders; Smitty, the dangerous mulatto seaman who is his boss; and “Chips,” the ship’s carpenter from Cayman Brac who knows all about God. Even a curious shipwreck in a jungle fails to sway Jack from his goal to find a way to get home.

“Though this is the author’s first book, it is his first-hand experience, having been shanghaied aboard an African freighter, that makes the book come to life. Fans of other sea-set teen novels like Avi’s The True Confessions of Charlotte Doyle will like this book, which captures well the story of an utterly inexperienced kid being thrust into a situation he isn’t quite ready for, as well as the adventure he has in exploring new countries and learning to survive on the open sea.” (Molly Horan, ForeWord Reviews, Young Adult Fiction)

“David Collins’ novel narrates his remarkable real-life story of running away from home at 15 and being “shanghaied” aboard an African freighter. The book is rich with adventure, longing, and twists that will keep the reader turning the page.” (Margot Lee Shetterly, author, Hidden Figures)