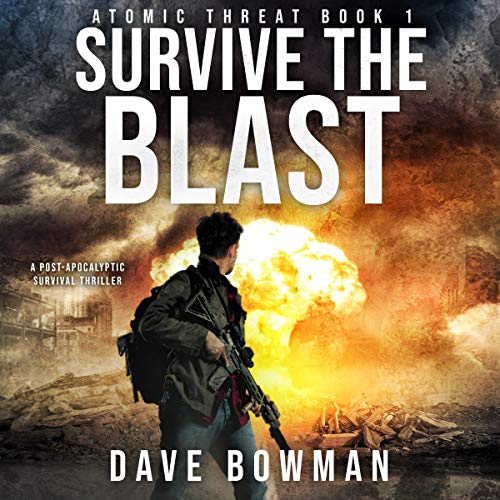 The nation is thrown into darkness. Nuclear attacks kill millions. No one is coming to save you.

When a warning of an imminent attack on the US appears online, Jack assumes it’s a hoax. He’s an IT manager on a work trip in LA, looking forward to getting back home to Texas. But after the electrical grid is wiped out and a nuclear bomb levels downtown LA, his world starts crashing down. He’s got only minutes to save himself. And the worst part? He’s a thousand miles from Annie, his wife.

Annie, a high school teacher, is in Austin when she watches a plane fall from the sky. Soon, the capital is torn apart by a coordinated terror attack and panicking citizens. Stranded in the middle of a city falling into chaos, Annie discovers the only way out of downtown is closed off by armed guards. Should she risk her life trying to escape, or face the nightmare rising up around her?

With time running out on the West Coast, Jack must search for safety. How can he escape the violence breaking out in LA and make it home to Texas? And will Annie still be alive if he does?

Survive the Blast is book one in Atomic Threat, a post-apocalyptic thriller series about ordinary people fighting to survive the end of the world as we know it.