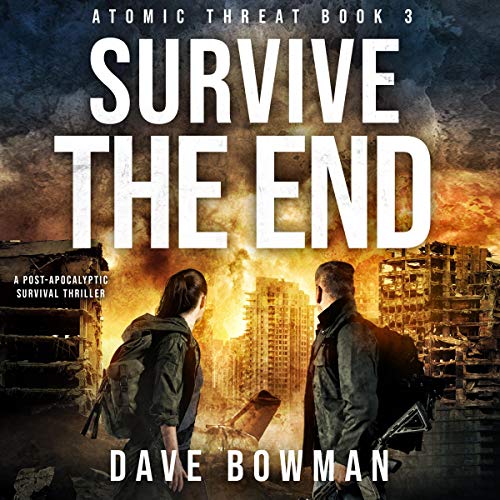 How far would you go to survive the collapse?

Less than a week after deadly nuclear and EMP attacks, Jack barely escaped a blood-thirsty gang. But Naomi and Brent are still trapped, and only Jack can save them. When he discovers just how powerful his opponents are, will his rescue operation turn suicide mission?

After Charlotte is attacked by someone she trusts, Annie swallows her fear to go search for help – unarmed. But the country’s collapse has brought out the worst in everyone, and there’s nowhere to hide. If she wants to live another day, she’ll have to come face to face with the enemy.

With time running out, Myra continues her search for Henry. What she finds in the woods changes everything. And with Brody’s health taking a strange turn, her strength will be put to the test. Can the Walsh and Hawthorne families find a way to survive in the dark new world?

Survive the End is book three in Atomic Threat, a post-apocalyptic thriller series about ordinary people fighting to survive the end of the world as we know it.