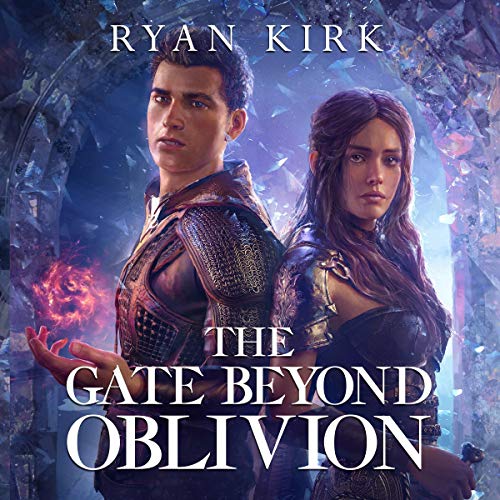 A broken warrior. A hunted thief. The courage to save an empire.

As one of the empire’s most skilled soldiers, Brandt is no stranger to combat. After he and his fellow wolfblades fight a merciless warrior armed with impossible magic, Brandt is left shattered. Searching for answers, Brandt stumbles upon a secret war, fought by a very few, that threatens the land he calls home.

Alena is a gifted student studying for university exams. She moonlights as a thief and spy, searching for a purpose beyond the walls of her small town. When she steals a powerful artifact she becomes the most wanted thief in the empire, sending her fleeing across the continent for safety.

Their quest for answers uncovers lies buried for generations.

Lies at the heart of their empire.

As a mysterious and powerful enemy prepares their assault, Brandt and Alena must race to find the truth and save their home.

Before the Gate Beyond Oblivion summons them both.