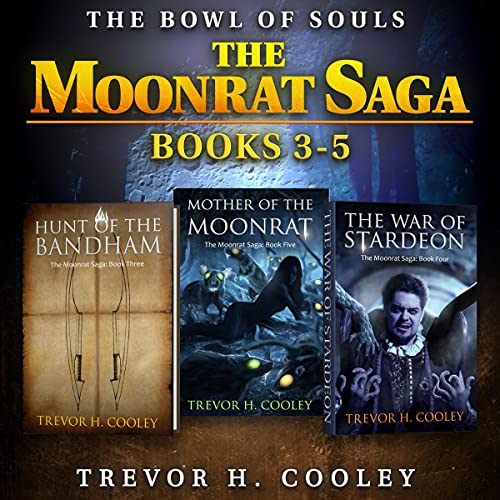 Volume two of the Moonrat Saga includes books three through five of the acclaimed Bowl of Souls Series, an action-filled fantasy series set in a world of magic, mystery, and monsters!

The more Justan learns about his powers, the more questions he has. He seeks out the bonding wizard Master Coal, hoping that the man can teach him what he needs to know about his magic before he hurts his bonded and himself.

The Mother of the Moonrats builds the Dark Prophet’s army of monsters in the mountains. The goal? The destruction of the Battle Academy and the Mage School.

Join Justan and his companions on an epic journey that will pit them against the Dark Prophet’s evil followers. Ogres and dragons, warriors and wizards, are destined to clash, their fates guided by The Bowl of Souls.