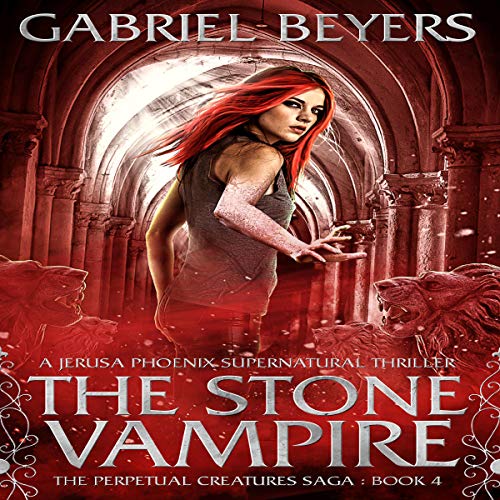 A deadly vampire disease. A savage insurgence. Will a powerful creature be her savior or her downfall?

Vampire Jerusa Phoenix is painfully turning to stone. Struggling to escape an undead disease, she and her friends must locate a being known as the Necromancer to set her free. But with his whereabouts unknown and an army of savages closing in, Jerusa’s prospects grow weaker by the hour…

Depending on Silvanus to rally the Divine Vampires while she hunts for the cure, a powerful secret could once again transform Jerusa’s life. But will she survive long enough to shatter her curse and end the bloodthirsty war?

The Stone Vampire is the fourth book in The Perpetual Creatures Saga, a series of unique paranormal suspense novels. If you like epic battles, a powerful ensemble cast, and a vast world of dark magic, then you’ll love Gabriel Beyers’ nail-biting novel.

Get The Stone Vampire to embark on this fantastic undead adventure today!