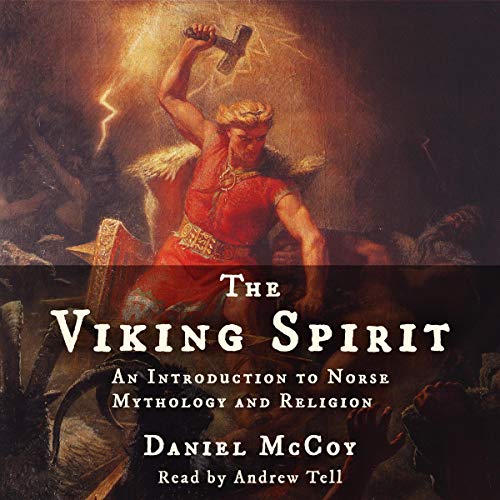 The Viking Spirit is an introduction to Norse mythology like no other. As you’d expect from Daniel McCoy, the creator of the endearingly popular website “Norse Mythology for Smart People”, it’s written to scholarly standards, but in a simple, clear, and entertaining style that’s easy to understand and a pleasure to listen to. It includes gripping retellings of no less than 34 epic Norse myths – more than any other book in the field – while also providing an equally comprehensive overview of the fascinating viking religion of which Norse mythology was a part. You’ll learn about the vikings’ gods and goddesses, their concept of fate, their views on the afterlife, their moral code, how they thought the universe was structured, how they practiced their religion, the role that magic played in their lives, and much more. With its inclusion of the latest groundbreaking research in the field, The Viking Spirit is the ultimate introduction to the timeless splendor of Norse mythology and religion for the 21st Century.