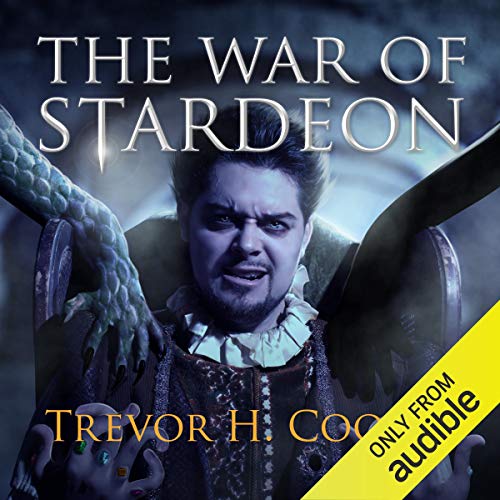 The Battle Academy has been besieged by an army of goblinoids under the control of the mother of the moonrats. They bide their time, keeping the academy out of the fight while Ewzad Vriil prepares to unleash a force of mutated monsters.

Jhonate and Faldon the Fierce have begun to unravel the mystery of the mother of the moonrat’s identity, while Justan and Master Coal have learned the secret of Ewzad Vriil’s powers. Both groups scramble to find a way to help the academy, but neither of them knows the full extent of the forces they’re up against.

Will they be able to gather the strength they need to win The War of Stardeon?

The War of Stardeon is book four of The Bowl of Souls series.