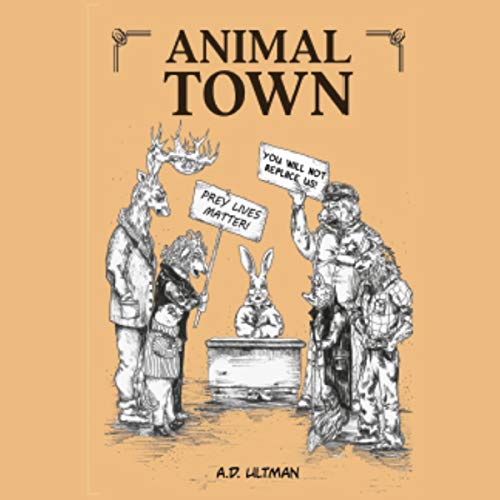 “Things have never been better in Animal Town. All animals are free, and animal does not kill animal.”

In an anthropomorphic world reminiscent of George Orwell’s Animal Farm, predator and prey species of the American prairie have built a democratic, capitalist society where animals live together in harmony. Then, for the first time in memory, a predator kills a prey. The tragedy triggers a resurgence of species-based politics that threatens the very existence of Animal Town.

With direct, accessible prose, dry wit, and penetrating satire, Animal Town is a prescient cautionary tale, exposing the danger of far-right and far-left political tribalism. Its nuanced and sophisticated treatment of contemporary politics, grounded in the words and actions of American political and cultural leaders, is related through the compelling story of a young jackrabbit’s struggle to understand the nature of freedom, a weasel’s quest for wealth and power, and the conflicting dogmas preached by a zealous fox and a radical gopher. Animal Town is a book made for the political moment but rooted in perennial wisdom.