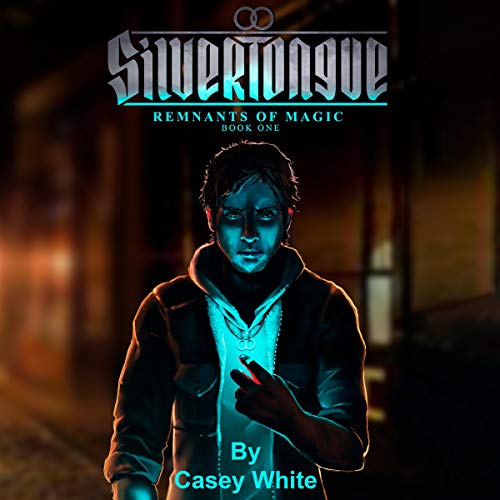 After another long day at work, all Jon Christensen wanted was a cheap burger and some peace and quiet.

When he pulled into the McDonald’s, Jon only had the usual cares on his mind. His sister. The bills. A career with seemingly nowhere to go.

But after a confusing encounter at the cash register triggers a violent episode in the parking lot, he’s quickly pulled into a world he doesn’t understand. His few careless sentences – and the odd gift of languages he’s kept hidden for years – wind up thrusting him right into the middle of a chaotic magical free-for-all, a battle taking place in the shadows of society. Entangled in an increasingly complex web of violence and lies, he’s left with a choice: adapt or die.

Surrounded by strangers, Jon must struggle to survive, searching out friends amidst a sea of foes. If he can get his group of strays and rejects to work together, there’s a chance they might just make it out alive.

Should he fail, the consequences will be dire – not only for Jon, but also for those he loves.