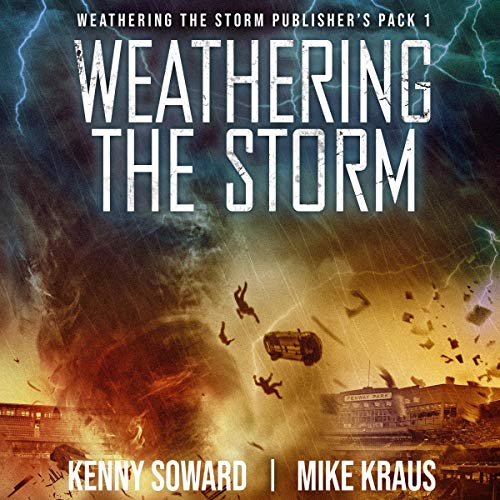 Get the special Publisher’s Pack edition of Weathering the Storm from number one best-selling post-apoc author Mike Kraus and Kenny Soward today!

Weathering the Storm is a near-future, what-if tale of a frightening apocalyptic future told through a gripping, roller coaster lens. As severe weather continues to impact the United States, Kenny Soward and number one best-selling post-apocalyptic author Mike Kraus explore what might happen if a foreign nation were to exploit one of the most dangerous weather seasons of the year, using it to slip into the country unnoticed and cause exponentially greater damage, all without us knowing.

In this Publisher’s Pack edition of Weathering the Storm, you can get the first half of the series (Tempest, Surge, and Inferno) in one package.